An all-encompassing view
of your assets

Forging lasting relationships with our clients built on trust by taking an all-encompassing approach and by providing tailored asset management solutions.

Making our expertise, personal touch and in-depth understanding of your assets a core component of our investment strategies. 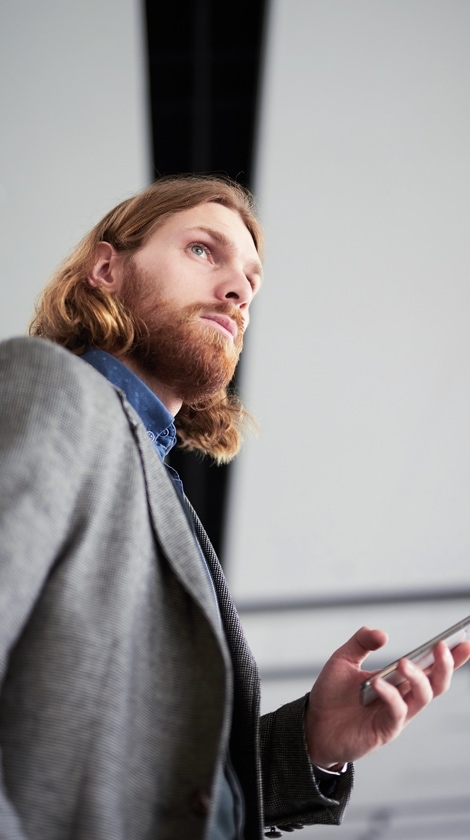 At Createrra Finance, we put our expertise to work in order to provide you with long-term, high-value-added asset solutions to manage your investments. Developed in response to your individual needs, each investment strategy relies on criteria and parameters that are specific to you. The nature of your assets, their degree of complexity, your investment horizon, your sensitivity to risk, your tax situation, your legal situation, etc. are just some of the factors that will come into play when we shape the investment style for your portfolio.

A targeted perspective on the economy and markets. An expert eye on the strategies to be explored or developed.

Equity indices fell in December and ended the powerful rally seen since the end of September. As we approach 2023, equity markets, which are 12 months ahead of the real economy, now have their eyes on 2024. 2023 will undoubtedly be a difficult year on the economic front with an expected recession. However, with an almost 5% increase in earnings in 2022 coupled with a c. 20% decline in US indices, it seems to us that a tough scenario was already anticipated by the markets last year, and that the weaker improvement in visibility, could continue to support a US equity market whose valuation is close to the historical average, as we have seen since end September.

In this bearish environment, financial stocks held up particularly well, benefiting from rising interest rates and earnings estimates that were again revised upwards. Conversely, cyclical sectors (energy, basic materials, consumer discretionary) suffered amid fears of a coming recession. Technology, which had rebounded in November, was the worst performer with a decline of 8.8% in December, ending a year of devaluation at -28.7%. The Digital funds’ exposure to banking stocks compensates its cyclical and technology bets and explains a monthly performance close to their benchmarks. Digital Stars Europe Acc posted a monthly performance of -3.8% against -3.5% for the MSCI Europe NR. Digital Stars Continental Europe Acc (formerly Digital Stars Europe Ex-UK Acc) ended December at -2.8% versus -3.4% for the MSCI Europe ex UK NR. Digital Stars Eurozone Acc achieved -1.7% versus -3.6% for the MSCI EMU NR.

Rebalancing in December continued to strengthen banking stocks, which represent almost half of the stocks introduced. Financials have seen their weighting increased by 4.5% in one month and become the second overweight in Digital Stars Europe.  We have also integrated some industrial stocks. The exposure to basic materials is lowered again. We are also selling defensive stocks in food (production or distribution), cosmetics and healthcare. Digital Stars Europe is overweight energy (5.8%), financials (5.2%) and technology (3.5%). The fund is underweight in healthcare (10.3%), consumer staples (7.1%) and consumer discretionary (2.4%). Italy becomes the fund’s top weight at 12.4%, ahead of the United Kingdom (the most underweight country) at 12.3% and Germany (11.2%).

Digital Stars Europe Smaller Companies Acc finished down at -1.8% in December, outperforming the MSCI Europe Small Cap NR at -2.5%. The year 2022 ended with an excess return of +2.6% for the fund (-19.9% vs. -22.5% for the index). In December, the good performance of the fund in relative terms comes mainly from marine transportation and other industrials. They offset the underperformance of energy.
The monthly portfolio reviews focused on strengthening industrials and financials. Sales were mainly in energy, utilities and healthcare.
The portfolio is significantly overweight in energy and industry, as well as in utilities, and underweight in real estate. The weight of finance is now aligned to the index.
The United Kingdom (the most largely underweight country) is still the largest country weight with 16.2%, ahead of Italy (the most largely overweight country) at 12.2%. Norway weighs 10.2%, and is the 2nd most overweight country, behind Italy.

Digital Stars US Equities Acc USD fell by -7.5% in December, behind the MSCI USA NR at -5.9% and the MSCI USA Small Cap NR at -6.0%. The fund’s good positioning (underweight) in technology and media was not enough to offset the main sources of underperformance: healthcare, as well as industrials and banks.
The latest monthly portfolio review strengthened consumer discretionary, as well as technology, telecoms and healthcare. Sales were mainly in industrials and energy, as well as food.
The portfolio remains significantly overweight in finance and industry, and underweight in pharmaceuticals, as well as technology and media.

In November equity indices continued their strong rebound, first initiated in October. The MSCI Europe NR index and the S&P 500 NR rose by +6.9% and +5.5% respectively. Since the 2022 market lows seen in mid-October, the rise in the US and Europe has been substantial (circa +15%). A combination of positive factors is behind this spectacular rise. Economic momentum is rebounding, due in particular to confidence indicators that are recovering from historic lows in some cases. Inflation is falling faster than expected in the US, and this reinforces the likelihood of a scenario where central banks cut rates as early as 2023. China could relax its « zero covid » policy, which is hampering global exchanges. Finally, Q3 earnings publications have been solid and highlight the « cheap » valuation of equities.

This monthly rise was driven by growth stocks (technology, consumer discretionary), which benefited from the decline in long-term rates. Conversely, defensive sectors with lower beta (food, telecom and healthcare), as well as the energy sector, posted the weakest performances. The U.S. inflation figures published on November 10, showing a slowdown and thus lowering expectations of rate hikes, triggered two days of violent rebounds in low momentum stocks. The European technology sector, which was down 28% since the beginning of the year on November 9, jumped 9% in two days. The markets then normalized, partially correcting the excesses of these two days. Digital Stars Europe Acc posted a monthly performance of +5.6% against +6.9% for the MSCI Europe NR, the underperformance being attributable to the phenomenon of reversion to the mean observed in the middle of the month. Digital Stars Continental Europe Acc (formerly Digital Stars Europe Ex-UK Acc) ended November at +5.3% versus +7.1% for the MSCI Europe ex UK NR. Digital Stars Eurozone Acc achieved +4.7% versus +8.4% for the MSCI EMU NR.

The rebalancing carried out in November was diversified. Financial stocks (banks and reinsurers) were reinforced. We also integrated some industrial, technology and healthcare stocks. Exposure to basic materials was lowered slightly. The price momentum has also taken out some underperforming energy stocks this month. Digital Stars Europe is overweight energy (6%), technology (3.5%) and basic materials (2.5%). The fund is underweight in healthcare (10.5%), consumer staples (4.6%) and consumer discretionary (2.8%). The United Kingdom is the largest weighting at 13.9%, ahead of Germany at 10.8% and the Netherlands at 10.8%.

The upward trend has also benefited small and medium-sized stocks: Digital Stars Europe Smaller Companies Acc finished up at +4.6% in November, compared to +6.3% for the MSCI Europe Small Cap NR. The underperformance stems from the violent upturn on 10-11 November, which mainly favoured technology stocks. Some stocks in the industrial, energy, and materials sectors also weighed negatively on the fund’s appreciation.
The monthly portfolio reviews focused on strengthening healthcare, as well as industry, finance and consumer staples. Sales were mainly in materials and utilities.
The portfolio is still significantly overweight in energy, as well as in utilities and industry, and underweight in real estate and finance.
The United Kingdom (the most largely underweight country) is still the largest country weight with 16.5%, ahead of Germany (12.6%). Norway now weighs only 8.3%, and is only the 3rd most overweight country, behind Italy and Denmark.

Digital Stars US Equities Acc USD returned +2.1% in November, behind the MSCI USA NR at +5.4% and the MSCI USA Small Cap NR at +4.1%. Strong performances from technology and consumer cyclicals were not enough to offset the strong underperformance of banks.
The latest monthly portfolio review strengthened technology and consumer staples, and reduced consumer discretionary and real estate.
The portfolio remains significantly overweight in banks, industrials and energy, and underweight in pharmaceuticals, technology and media.